On September 1, 2004, a group of heavily armed Chechen rebel extremists stormed into School No 1 in Beslan, Russia. For three days more than a thousand children and adults were held hostage in a sweltering gym, denied food and water and were forced to keep their hands over their heads.

The harrowing siege ended on September 3rd when Russian Special Forces stormed the school to free the hostages. A series of explosions and an exchange of gunfire killed over 350 people- half of them children.

„Children of Beslan” is a story of that tragedy, put into words of those who survived – young heroes aged 6-12. The documentary contains unique footage filmed by the terrorists themselves, which reveals the horror of three days of the siege and the moment of Russian Special Forces assault.

There are a lot of things on television that can make you weep while watching them (…) but it’s rare to come across a program that leaves you sobbing in a ball on the couch for some time after it’s over. That may seem like a strange sort of recommendation, but for all its bone-crushing sadness, I don’t know that I’ve ever seen a made-for-TV documentary I’d recommend as highly as Children of Beslan

At first blush, subjecting the children of Beslan to relive their hostage-taking by Chechen terrorists a year ago seems morally dubious. After listening awhile, however, it’s clear these memories will never be far from them, and their use (OK, exploitation) to relate the story in this HBO documentary is chillingly effective in driving these horrific events home 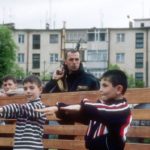 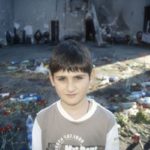 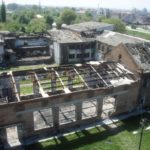 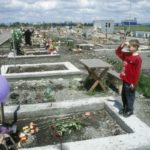 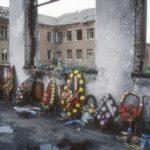 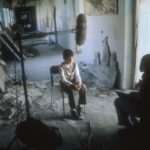