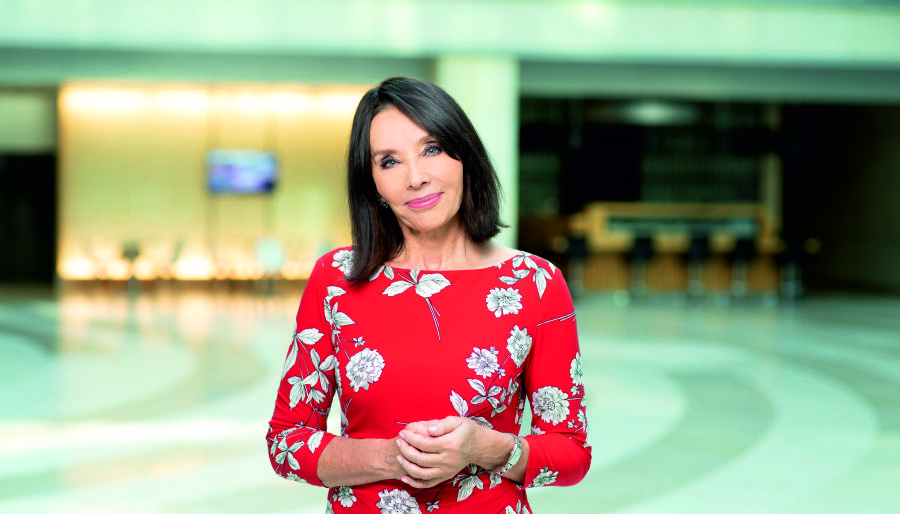 Ewa Ewart is a journalist and an award-winning filmmaker who specialises in ground breaking and influential documentaries.

She was born and raised in Poland, but she has spent most of her career based at the BBC TV in London, England.

She has travelled and worked in many countries, producing and directing programmes ranging from investigations, political to social observational documentaries.

Her films have revealed new information about issues such as corruption in Boris Yeltsin’s Russia, the secret prison camps in North Korea, civil war in Colombia or secret and illegal CIA extraordinary rendition programme for people suspected of terrorism.

Her documentaries told some of the most memorable stories like the tragedy in Beslan, made for the first anniversary of a terrorist attack in which more than 170 children got killed. In the second film she highlighted the trauma still suffered by many child survivors five years after the atrocity.

For the last few years she has been the presenter of an international documentary strand on TVN24 and TVN24Bis, American owned commercial channels in Poland.

Most recently she has been a motivational speaker talking to varied audiences about her experiences, which she described in a book “ I witnessed”

Ewa is fluent in Russian, Spanish, Polish and English.

When I met Ewa Ewart for the first time she was hard at work, taping a story on the vintage telex machine in the office of the Spanish news agency EFE in Warsaw during the tough time of the martial law in Poland in the eighties. She was smoking like crazy one cigarette after another, almost without noticing that I came in. Fully dedicated to her job, a bit nervous, I would say like nothing else but her story existed in the world.

Then many years passed. I heard about Ewa many times: her job at CBS in Moscow, long time spent in BBC doing most of her outstanding films. Then I met her again in Poland ten years ago. I rediscovered the same dedication, the same enthusiasm about the story she was working on… Nothing has changed … except smoking.

And this is how she is: fully dedicated, fully integrated, willing to really understand and then to explain, without prejudice, without presumptions; intelligent, bright, an example of integrity.

I’m proud that after so many years we met again and rediscovered the pleasure of working together, this time for the TVN and TVN24 news channel in Poland. It’s great having Ewa on board!

Ewa Ewart is one of the most talented, hard-working and committed directors I have worked with during my extensive career as an executive producer at the BBC and other organisations including Al Jazeera.

She is totally fearless, determined and will not rest until her documentary project reaches a high level of creative and journalistic excellence. She has made a name for herself all across the world and rightly so.

Ewa Ewart is one of the most gifted film makers I have known and it’s been a privilege as well as a constant pleasure to have worked with her.

Her craft skills are of the highest standards; and she has an acute and penetrating editorial mind. But it’s her instinct for the human detail that is most telling. She has a generous heart. People trust her. The subjects of her films give themselves over to her because they sense that she will do justice to their stories. And she does.

Ewa Ewart is an award winning producer director whose work has been sold around the world and critically acclaimed.

She is an experienced and thorough journalist, acutely aware of her duty of care to the people she works with both on and off the camera. She is tenacious and ambitious in her film making and fiercely loyal to her team so, a pleasure to work with. I have worked with Ewa at the BBC and in the Independent sector and would recommend her highly as a sensitive and intelligent documentary maker.